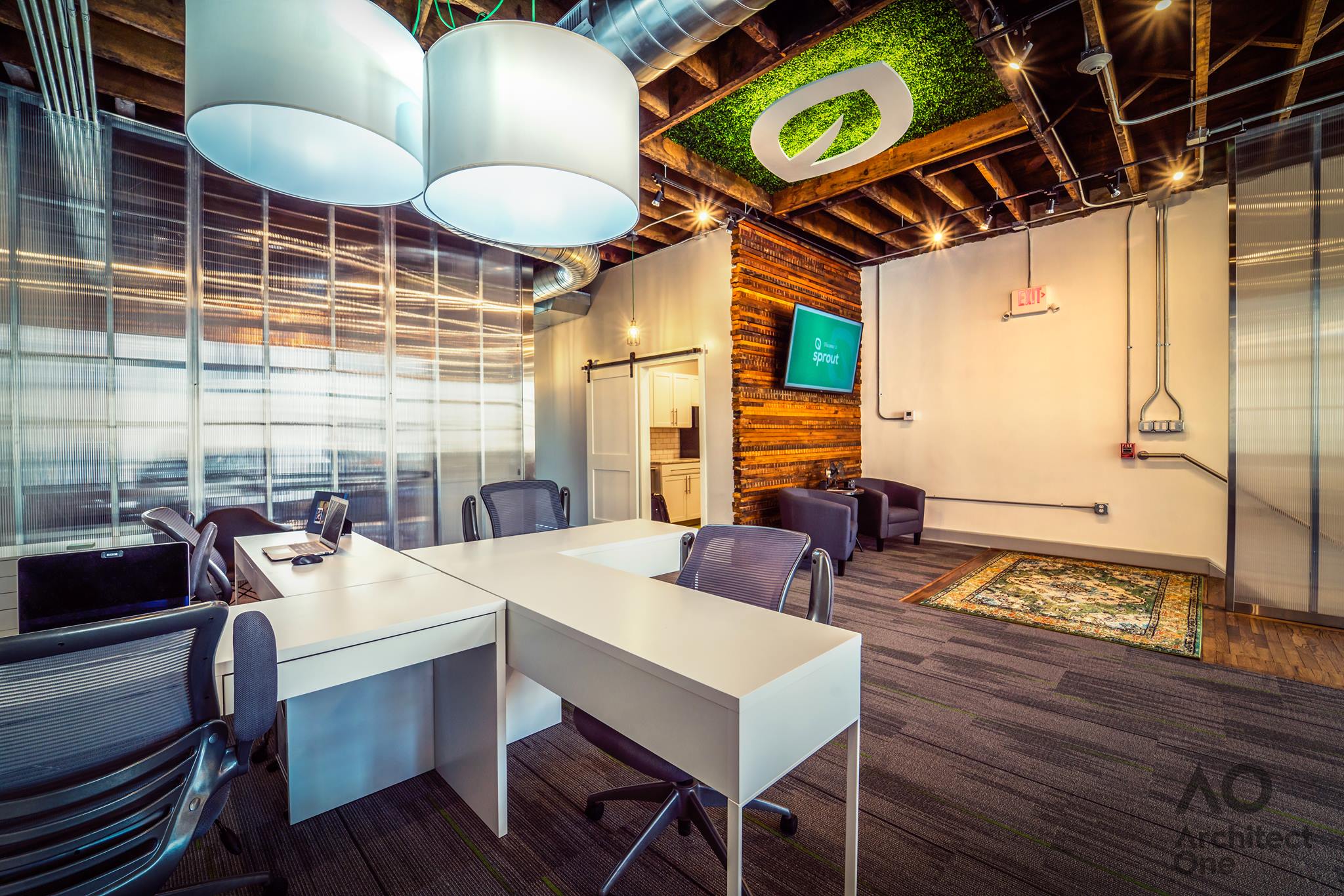 Enjoy this sneak-peek of the creative aesthetics and beautiful finishing touches our team that Architect One recently completed for our friends at Sprout Communications, LLC. It was a privilege to refurbish a downtown, storefront loft-space that merged the historical character and charm of Topeka’s past with modern stylistic preferences and hi-tech needs of our friend Caleb Asher and his “Sprout team” at 728 S Kansas Ave!

We recently spoke with Caleb about what inspired his project and the interior details that stood out to him after its completion….

Caleb: It’s not a big space so it all had to work together. We wanted that throwback to the historic nature of the building but we wanted it to feel modern but not cold, which is where I started thinking of the wood tones and bringing that in.

Caleb: I wanted to get a few little accents. I tried to do the “less is more” approach. I wanted it to where you saw it and you were like, “oh, I wish there was more of that,” versus “okay, well, we get it, you’ve got hardwood floors everywhere.” The stone work on this building goes down both sides but, again, I thought that that might be a bit much. I wanted it as an accent. The plaster in this building is original and was in pretty good shape. I thought that in and of itself was something I needed to preserve.

Have a project like Caleb’s, and need a team of creative professionals who enjoy understanding your goals and finding creating solutions? Contact our team at Architect One now! 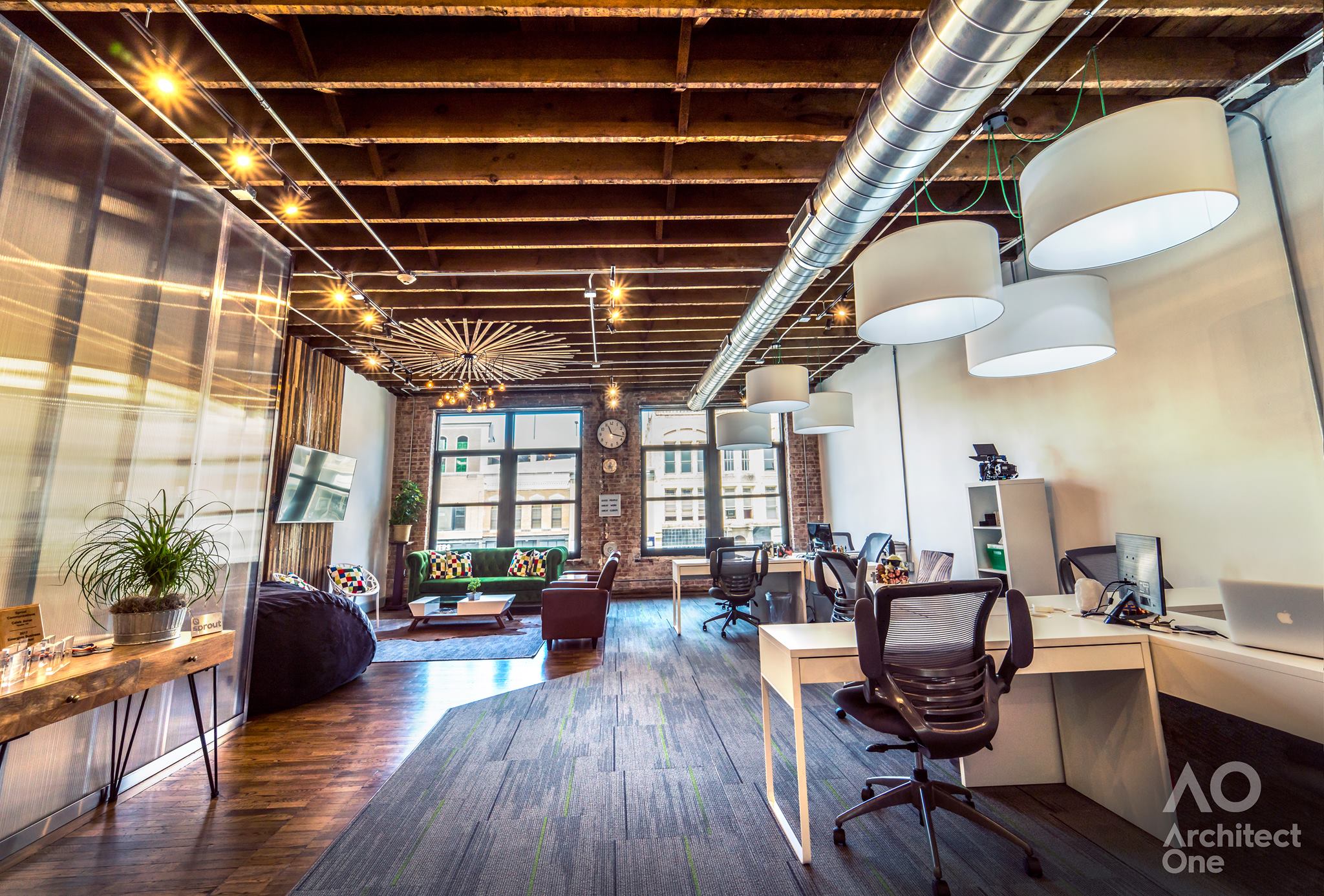 Caleb: When I found the skylight, that’s when I realized that there was a second roof that had been built on top of this one with a much greater slope. Originally this roof was tin on the other side and that was the original roof, so there were stains. I came in for 2 months and hand-rubbed and cleaned every one of those beams myself! A couple of them were caked with mud. It would’ve been built at a time when the streets were mud. When I realized that there were a couple places I left it up. What I loved about that is that the ceiling was practically a bleached white, but I used a linseed oil and turpentine mixture with a garden sprayer to go back and spray everything and brush it into the wood. Everything was so dried out. Without putting stain in it or just painting it black or dark brown, I took that mixture and just blended it enough to where it left the character and the old stains and I was okay with that. 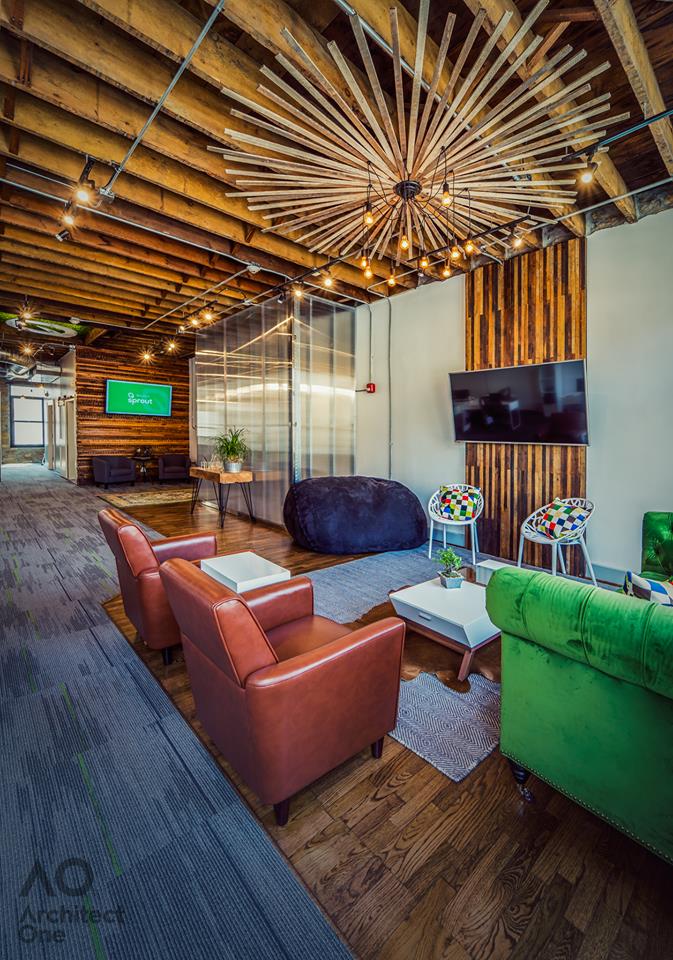 Caleb: I started out as an architect student and so I’ve always enjoyed this stuff and I had a chance to incorporate some finishing touches. Once we had this on the wall, I started to think about either bringing it up and over the space and I just started laying the lathe on the floor to mess around with it and it made this great sunburst. We built half of it on the floor, lifted it into place, got it so that it was nice and attached, and then we were able to put the rest of it (up). And we were, my dad is like “okay, let’s get this attached” I’m like “no, I want it to hang on the ends.” I want it to feel light and (to have dimension). I actually made all the lighting in here, finding the green cord and then I bought the (green) shades. You’ve got the little splash of green in the carpet – I didn’t wanna overdo it. I want someone to come in here five times and on the fifth time go “oh, I’ve never noticed the green stripe in the carpet.” 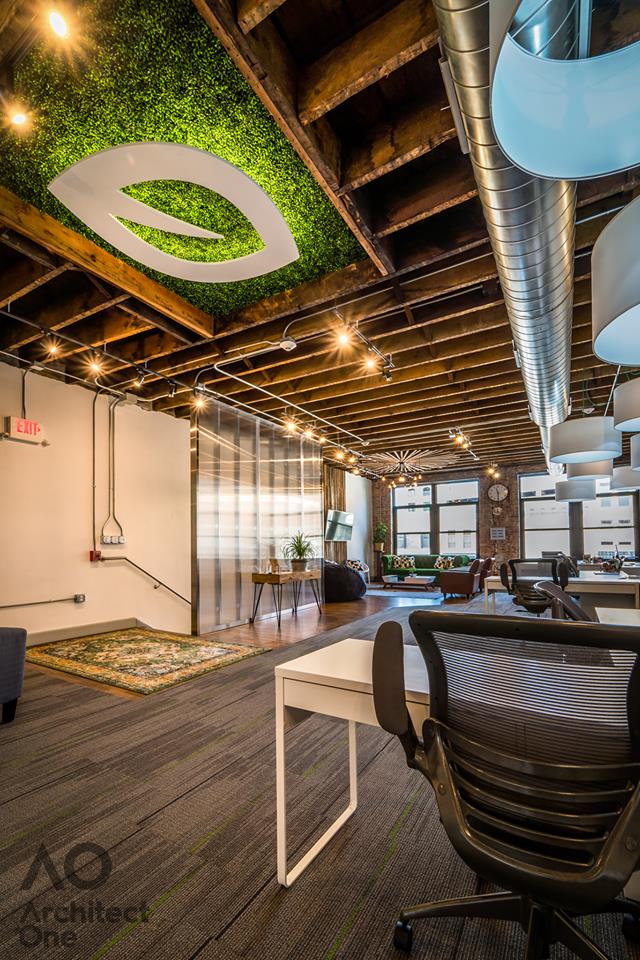 Caleb: This piece here – literally I went on vacation three weeks ago, and we finally got the leaf up there the day before I left. Just because it had been open, you could see the difference between the two roof lines. As winter came, I wanted it sealed up in some way so that I wasn’t heating the six feet of space up there. I don’t know what hit me, but I thought of this hedge stuff – my brother is out in LA so I’ve seen a bunch of fake hedge before – I was like “I wonder if I could use that up there.” That’s where that came from. 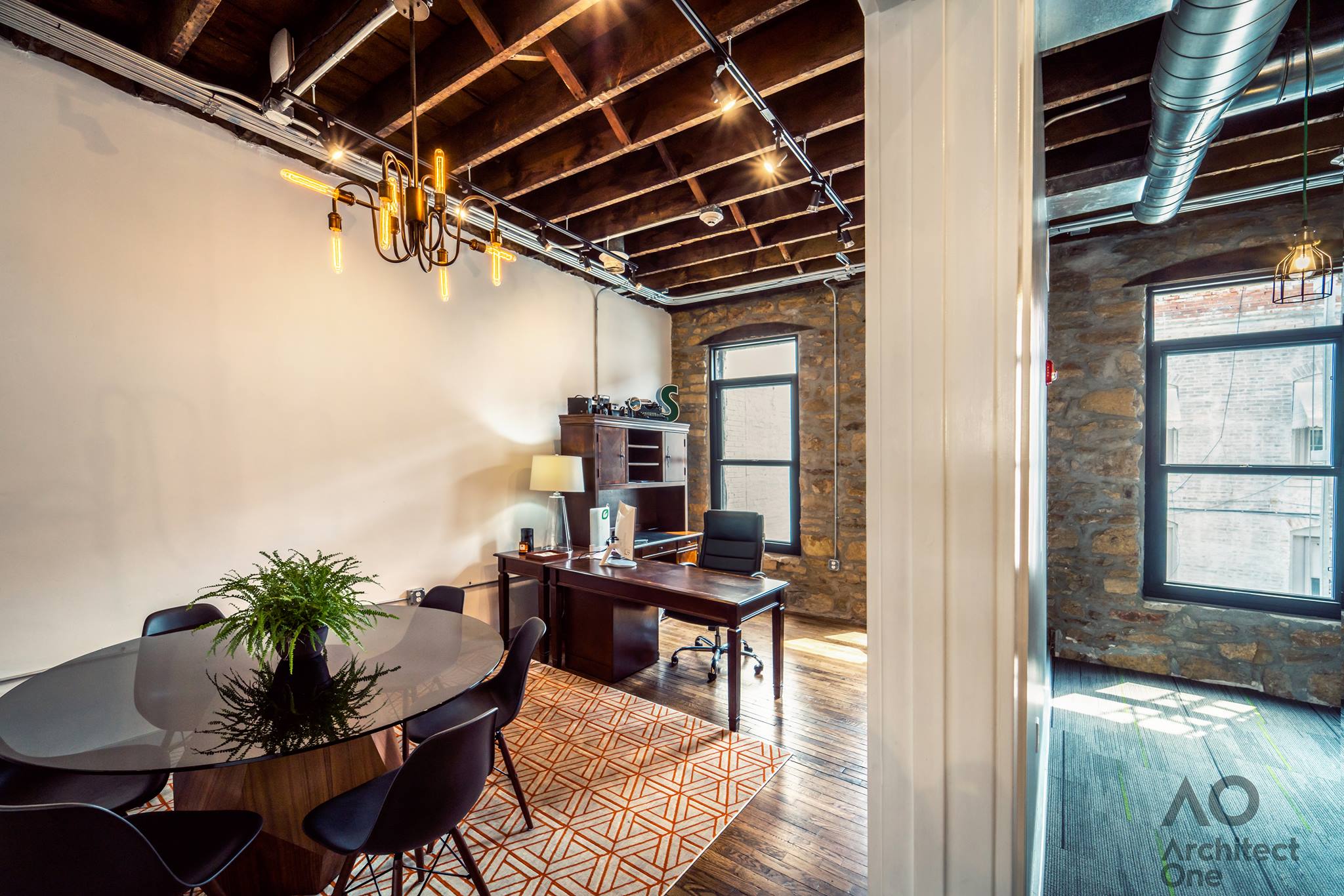 Caleb: One of the things as I was putting the windows back, I found the headers, the arch headers in there, that’s when I knew that we could probably put everything back structurally without having problems. That was another time I sent pictures to Andrew and said “Okay, this is what I found this weekend. The stone seems to be in good shape but I’ve also found these wooden headers. I knew on the outside it was limestone. That was the first step toward putting them back.